Researchers have discovered that children who read at least six books during the summer maintain or improve their reading skills, while kids who didn’t read any saw their skills slip by as much as an entire grade level (Heyns 1978). You should ideally find time to read each day.

This Libguide includes suggestions only and books are not required reading. You'll find teacher and student recommendations, award winners and just great reads! Don't forget about magazines, newspapers or your favourite blog. 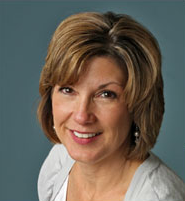 Candace Fleming will be the PTA Visiting Author for the 2015-2016 school year. Candace has written many historical non-fiction and fiction books. Her newest title, "The Family Romanov: Murder, Rebellion and the Fall of Imperial Russia", has been nominated for awards and been getting great reviews! Check out one of her books this summer!