Get Ready for Summer Reading!

Don't forget to check out more summer reading suggestions at this page of the LibGuide! 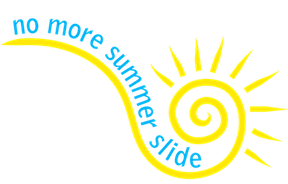 You should try to find time to read each and every day. Research shows students who read during the summer improve or maintain their reading skills. Kids who don't read at all see their skills slip as much as an entire grade level (Heyns 1978). More recent research based on MAP Growth has found that the summer slide increases from elementary level to middle school (*Kuhfeld 2018).

This LibGuide includes suggestions only and books are not required reading. You'll find teacher and student recommendations, award winners and just great reads!

ALL SUMMER CHECKOUTS ARE NOW DUE!

2019 Summer Checkout will be

Students will not be able to check out new books this fall until all summer books have been returned.